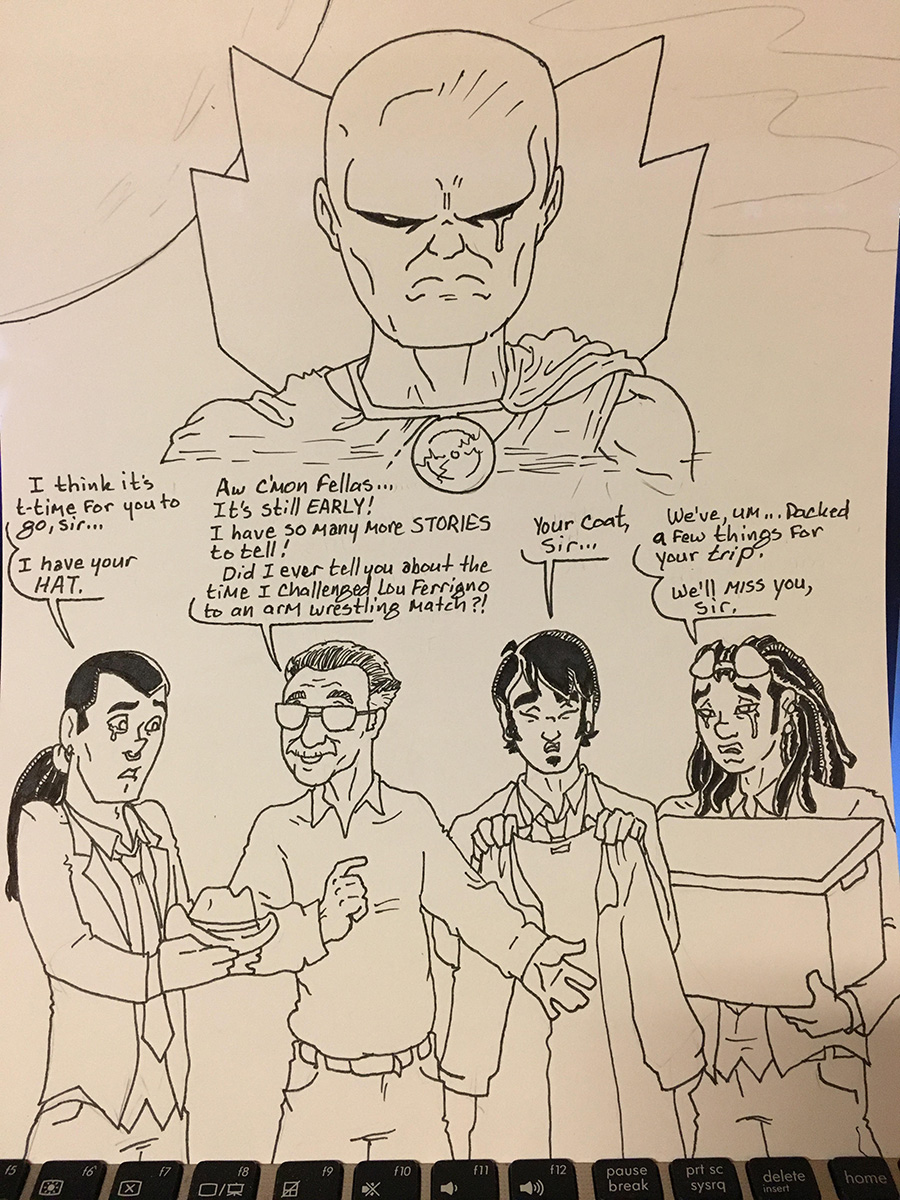 Growing up, I didn't have a lot of heroes.
I was a spazzy little art weirdo who read too much.
The people who raised me-- well, let's just say that they were NOT heroes, and, of the real life 'heroes' of history that I had crammed down my throat by the educational system, only a FEW of them were what I'd call worthy of worship.

I learned right and wrong from 2 dimensional people in spandex with web shooters, flying shields, radar sense and The Speed Force (wrong universe, I know, but, gotta give credit where credit is due!)

Still, the man responsible in one capacity or another, for the creation of the people who made me at least WANT to be on the right side of right and wrong was Stanley Martin Lieber, aka Stan Lee.

I found out about his death about 12:30 pm yesterday.
It is a sad day for the Friends Of Old Marvel, True Believers and superhero nerds in general, everywhere.

I was somewhere between 19 and 23 when I first started reading about the man's personal history, and that made me look up to him even more. Read about him, sometime. I think you'll dig what you find.


Godspeed, Stan.
You will be reunited with Jack Kirby in the afterlife, and you guys can create the next wave of heroes for kids and comic nerds in the Next World to revere.
edit delete