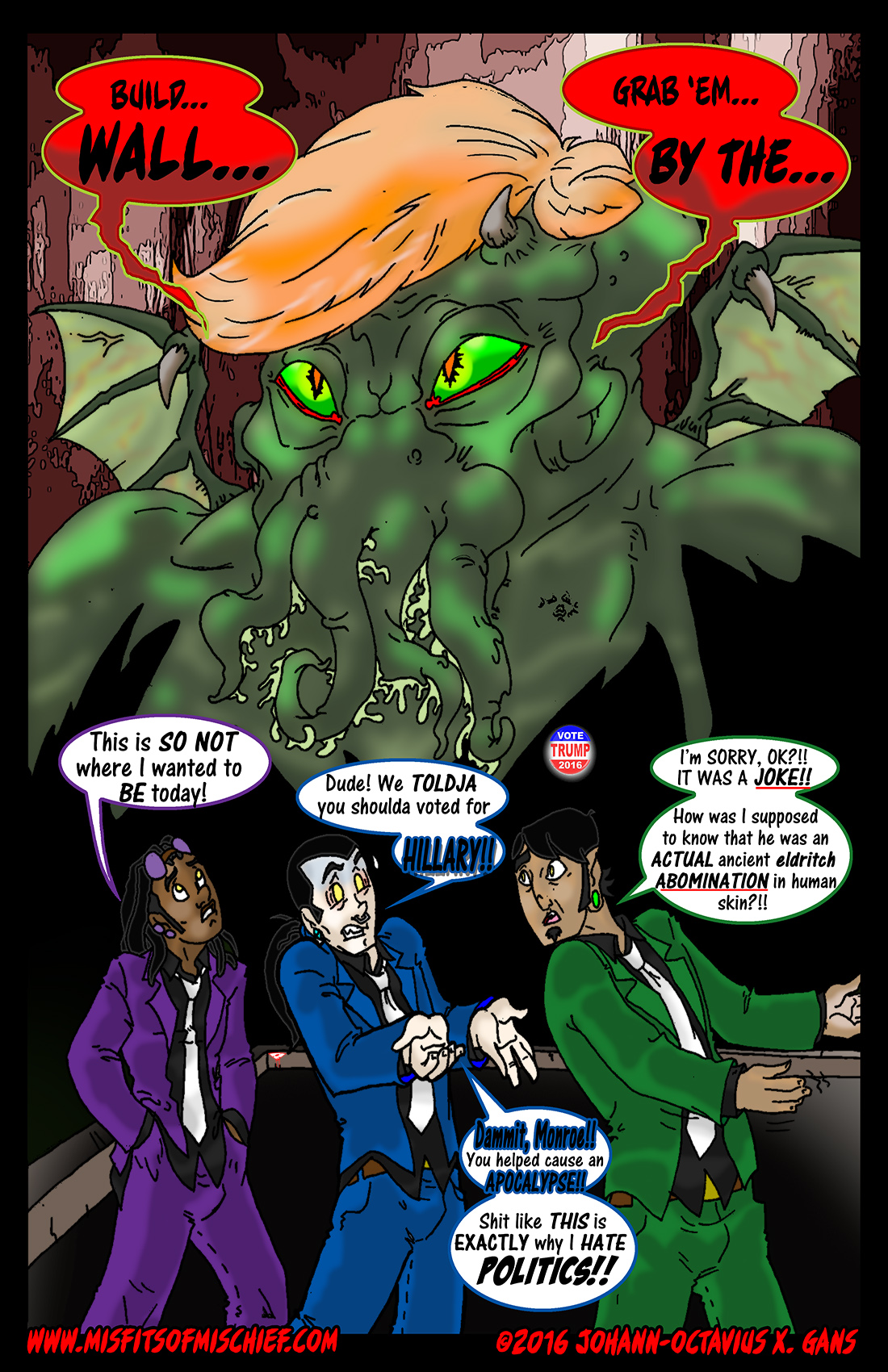 Xailenrath 7th Nov 2016, 2:35 PM
I am, by NO means, a "political cartoonist', but, sometimes, even I have an opinion on the goings-on in and around Washington.

Voting is important, kids. Yes, even if you don't like either candidate. I know that quite often the choices seem like choosing between being devoured by piranha-zombies or swimming in lava, but, you must make a decision and contribute to the process.

Yes, you ARE screwed either way, i'm not denying THAT, but still... A little dissatisfaction with your quality of life for 4 years or so is still better than an all-out apocalypse.

I am, of course, pre-loading this finished comic before Election Day. I PRAY to Prince, David Bowie, Robin Williams, Jonathan Winters, Jack Kirby, Daryn Cooke and Lemmy Kilmister that this comic is not prophetic in any way, but, just in case The Annoying Orange does get elected, (whether he turns out to be C'Thulu in disguise or not) please avenge me. I have a feeling a lot of People of Color are going to mysteriously disappear soonafter.
edit delete
User comments:

whiteshaix 6th Oct 2019, 3:12 AM
I still think the actual Cthulhu would have been a better choice. So sorry for you. XD
edit delete reply
Post a Comment