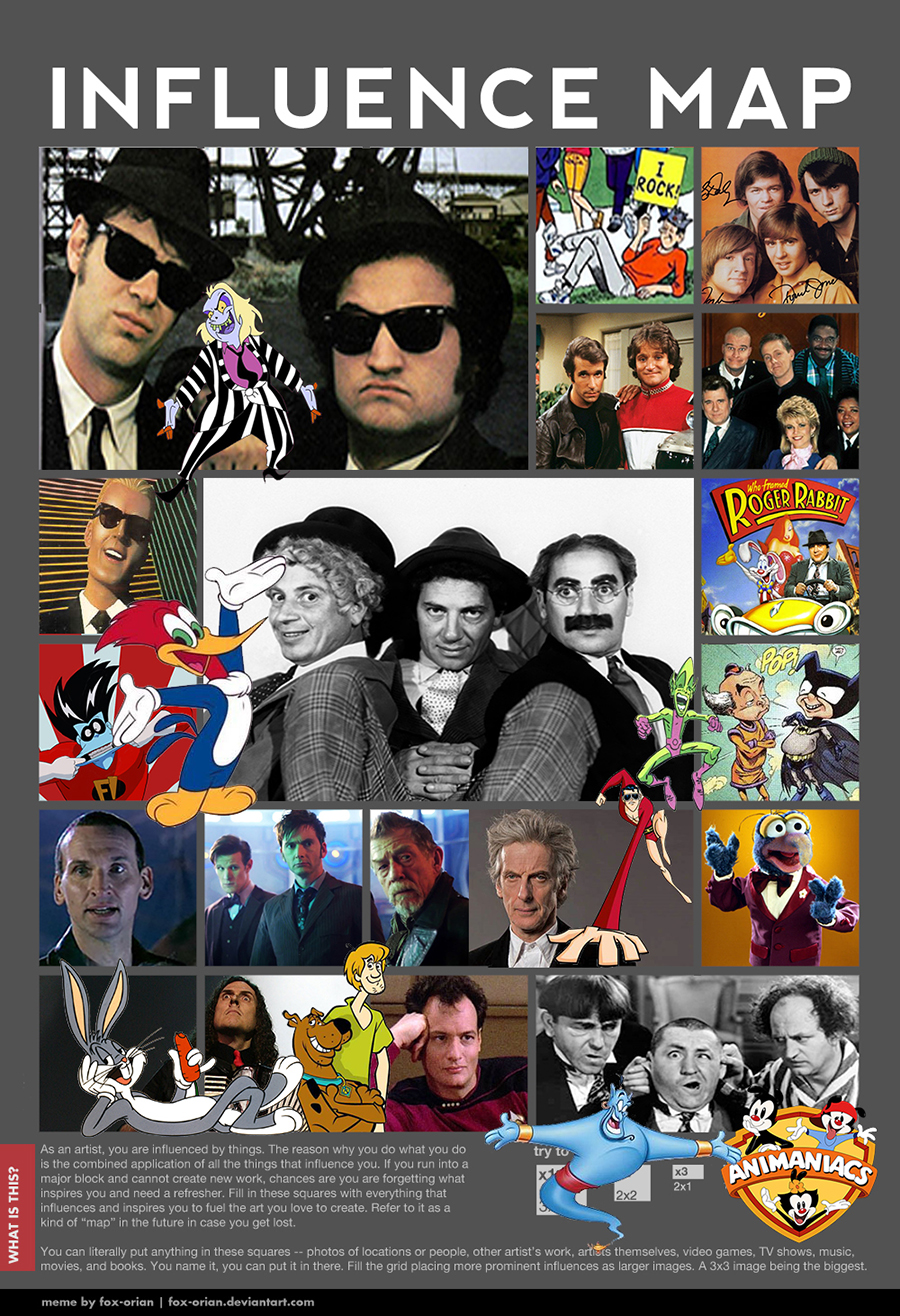 Xailenrath 24th Apr 2018, 10:17 PM
Here's a meme thing that everyone else was doing WAAAAAY back when.
Created by Fox-Orian.

The Influence Map in this case showcases notsomuch the artistic influence of the artist, so much as the character creation influense ON the subjects: The Misfits of Mischief.

These are the oddballs I think of and refer to when writing for the Misfits.
edit delete