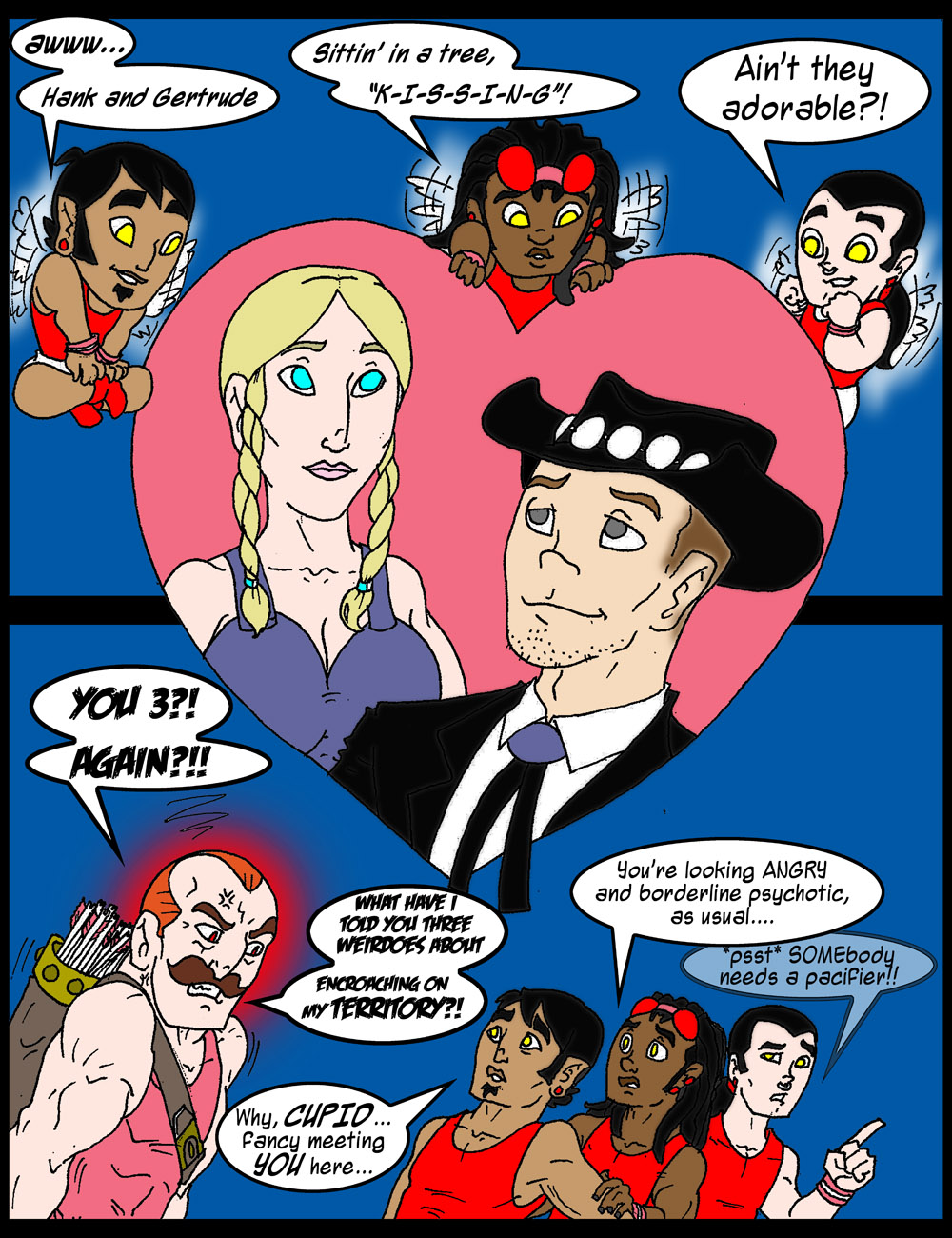 Xailenrath 29th Apr 2018, 4:17 PM
Back when I was still brainstorming story ideas for the Cowboys & CrossOvers project by Hogan and Ron Bender of Magical Misfits, ( by way of my own off-shoot comic, Shelterville Shuffle )this thing popped into my head.

So, speaking of 'Misfits', the Misfits of Mischief observe the crush Sheriff Hank of Shelterville has of Gertrude the (former) Valkyrie from The KAMics.
Not that they made it happen, but CUPID doesn't know that.

See, canonically, in my older writings, the trickster trio have had a run-ins with Cupid before. Once, after totally screwing up a love arrow's trajectory, they altered the destiny of an entire parallel Earth, so, they had to work with Cupid to put things right.
Being their usual charming selves, they managed to annoy the Messenger of Love something fierce.
Loads of rapid-fire jokes about him being a fat, winged man-baby in a diaper, and the like. Not to mention that the boys have a connection to Cupid's boss that he's extremely jealous of.

That, and the whole thing with "The Shoop Shoop Song (It's In His Kiss)"

Anyway, suffice to say, the Archer of Amour ain't exactly a fan.

Sheriff Hank of Shelterville is, (I THINK) a creation of L.P. Hogan, Ron Bender and company.
Gertrude is a creation of the comic artist known as KAM.
Bjorn, Monroe, Quinn and this version of Cupid are creations of Johann-Octavius Gans.
edit delete