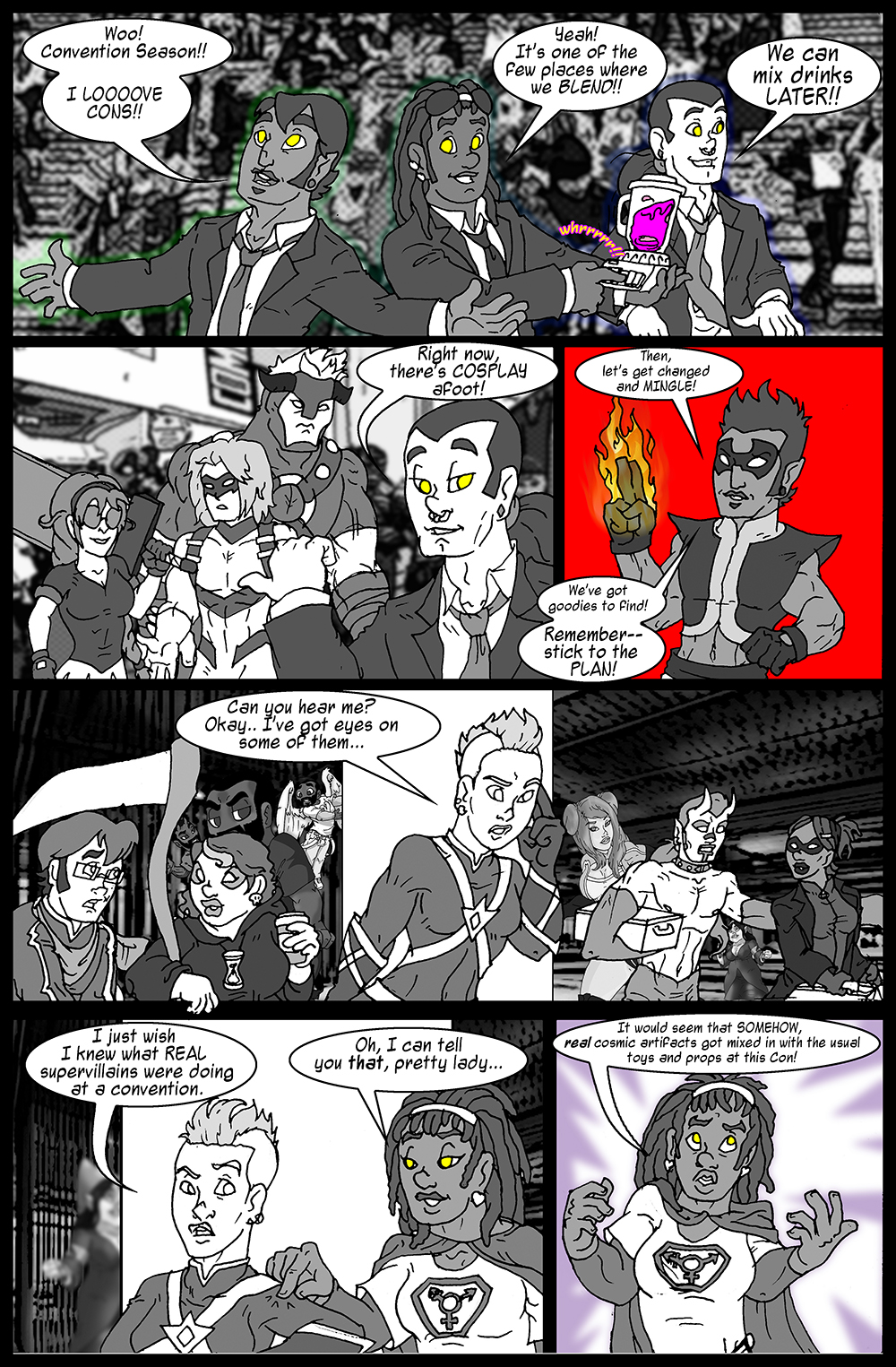 Xailenrath 22nd Jun 2018, 3:55 PM
This strip was generated for the ComicFury Crossover Exchange back at the beginning of the month. The Misfits crossed over with The Letter M's Jess the Inferno.

Monroe, Quinn and Bjorn pop into yet another reality-- this time with a purpose!
ComicFury is having a convention and the boys blend right in-- LITERALLY! Wokka wokka.

A bit of shapeshifter powered cosplay and it's on!
A few cameo appearances from castmembers of my comic, PostHuman Condition in the form of my villain team, The A-Mortals. First up is Rawhide, the big guy in the background. Also featured is Jess, herself, and her sometime partner/love interest, Magpie.
Monroe then cosplays as Jess's other, junior partner, Blaze.
In the next panel, another partner of Jess's, Crystal, is taking part in an op to catch members of The A-Mortals in the act of committing a crime. She's keeping an eye on Incubus and Rift.
Also in the panel are some nameless, unimportant weirdo cartoonist and his shoulder angel & devil.
Starflame, an OC heroine belonging to TheCometRay, as well as Fawna Lowstacked, a gnome maiden from another of my comics, "Knight School'd".
Quinn dresses as ShastaB24's SuperTrans.
edit delete