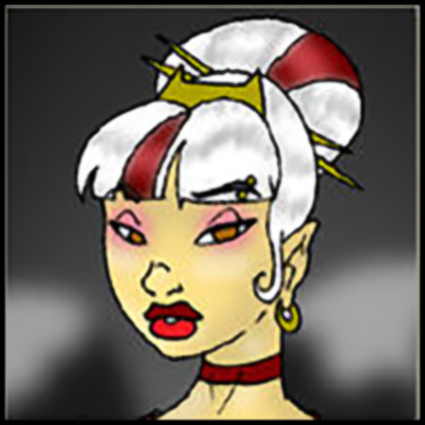 They met on a parallel Earth at Burning Man - which, on that Earth was literal. The celebration would tie a giant to a stake and burn him alive as a tribute to the ruling pantheon of Fox Spirit Gods. This was to ensure a good worldwide harvest and diminished political unrest. Monroe saved the giant's life, but angered the Fox Spirits that the sacrifice tribute was for.

Without Bjorn and Quinn by his side, as they were checking out the Grand Canyon, which was, for reasons unknown, filled with onion dip, Monroe talked his way out of the situation, siting that he was new to the reality and was unaware of their customs and meant no disrespect. The Fox Spirit Gods were enamored with the Coyote boy. He was a pleasant curiosity, as they'd never encountered another demigod or spirit that wasn't of their family line.

Monroe substituted the living giant for a statue made of solidified phosphorous, diamonds and enchanted mammoth bones that would burn forever. Luckily, the pantheon of Fox Spirit Gods were very fond of art. They accepted this new forever-tribute, and decreed that from then on, the giants would no longer be sacrificed and were free to live in peace among the normal sized humans.

Seeing how the handsome young trickster avoided being eaten alive by her forebearers, and even endeared himself to one fifth of the planet's populace - the giants - Kit was instantly smitten with him, and, on this world, as one of the Fox Spirit Children to walk the planet in flesh form, she ALWAYS got what she wanted... and she really wanted Monroe.

Their brief romance was passionate, but, when Kit found out that Monroe was already married to Quinn and Bjorn, she plotted to get rid of them. Though she sicced the entirety of her Earthly followers on the other two demigods at the Grand Canyon, they were unable to actually kill them, so, she put another plot into motion: with the cooperation of a couple of shadow demons, she tricked them into believing that their fathers, Loki and Kweku Anansi had arrived on that Earth to eat them, and that Monroe had already left the planet, pursued by the Coyote Spirit, then hid Monroe away by seducing him to make love to her in a pocket dimension behind a mirror. Not able to find their mate after searching the planet, while pursued by the shadow-wraiths impersonating their progenitors, Bjorn and Quinn fled for their lives, promising to come back for Monroe when the coast was clear.

Once their tryst was done, Kit lied to Monroe, claiming that his husbands had grown bored with him and abandoned him. He, of course, KNEW that was a lie and realized that Kit was evil. He tried to leave, but, Kit not only placed a containment spell on the planet keeping Monroe from leaving (and Quinn & Bjorn from returning), but also blackmailed Monroe by threatening to destroy the Burning Man statue, which would call down the wrath of the Fox Spirit Gods on the Earth, most likely killing the 5.3 billion people who lived there.
Monroe capitulated and, seeing no other immediate way out, stayed unhappily married to the capricious Kit.
He was trapped as her plaything for 6 years, until Bjorn and Quinn returned.

For them, it had only been about 3 weeks or so, separated from their lover. They'd traveled through spatial rifts and time warps, trying to find him, and realized that they'd been tricked. They tried to return to the same day in which they were chased off the planet, but, powerful magicks prevented that. When they were finally able to break through the spell (as Kit had let her guard down), they told the Fox Spirit Gods of the treachery that their daughter had wrought. They were often harsh gods, but, they were fair.

They punished Kit by annulling the false marriage that she'd trapped Monroe into, and removed two of her five tails, decreasing her power greatly. The trickster trio were allowed to leave peacefully, but, Kit swore revenge on them all. She promised that she would once again take possession of her "favorite toy", and that nothing and NO ONE would stop her.

Since that day, Kit has popped up in the boys' lives several times. She obviously travels through time warps, as, almost every time she shows up, she has a different number of tails and varying power levels. Still, as the Fox Pantheon are very powerful God-Spirits, indeed, even a young one with as few as three tails is almost more powerful than the demigods.
Luckily for the Misfits of Mischief, Kit's selfishness, temper and ego are all weaknesses that they can exploit when dealing with her.
She absolutely despises Bjorn and Quinn, and, it is believed that her obsession with Monroe is only due to his denying her, which no one short of her all-powerful progenitors has ever done.
edit delete