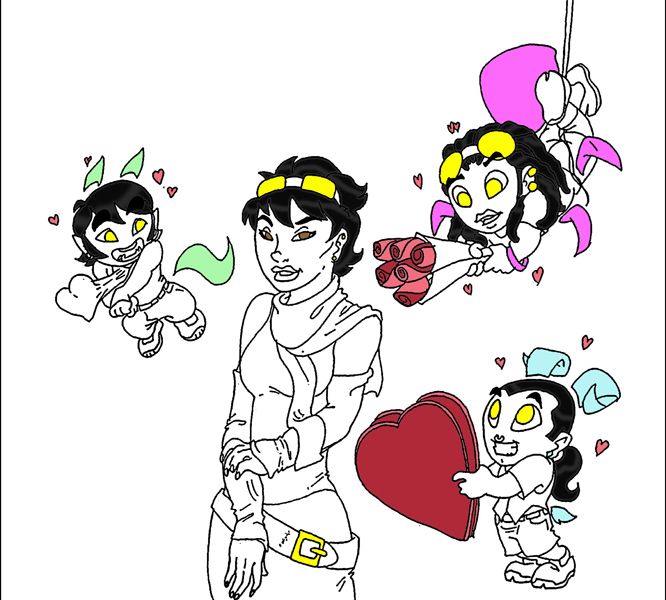 Xailenrath 20th Sep 2016, 9:05 AM
The Misfits and Jenny have history.
The first time I ever drew Jenny Everywhere was in the pages of the ORIGINAL Misfits of Mischief comic years ago.
This is a fanart, and yet it's NOT.

First, Jenny Everywhere is an open source character that can be used by anyone, as long as the disclaimer is visible somewhere in the work used: (i.e., “The character of Jenny Everywhere is available for use by anyone, with only one condition. This paragraph must be included in any publication involving Jenny Everywhere, in order that others may use this property as they wish. All rights reversed.”) It is also encouraged that one tweak her and make her their own, after a fashion, which is what I did.

When I did this pic a few years back, I was resigning my own distinctive version of Jenny Everywhere for a comic project that was set to debut in 2015.
i started with the idea to be a chibified comedy, but, I think I have enough of those.
But, because I am (mostly) satisfied with the design of this version, I am posting it anyway.
So, though it is a "fanart" of the character, Jenny Everywhere, it is MY older design of MY version of her.

Plus those three lil' shapeshifting weirdoes.