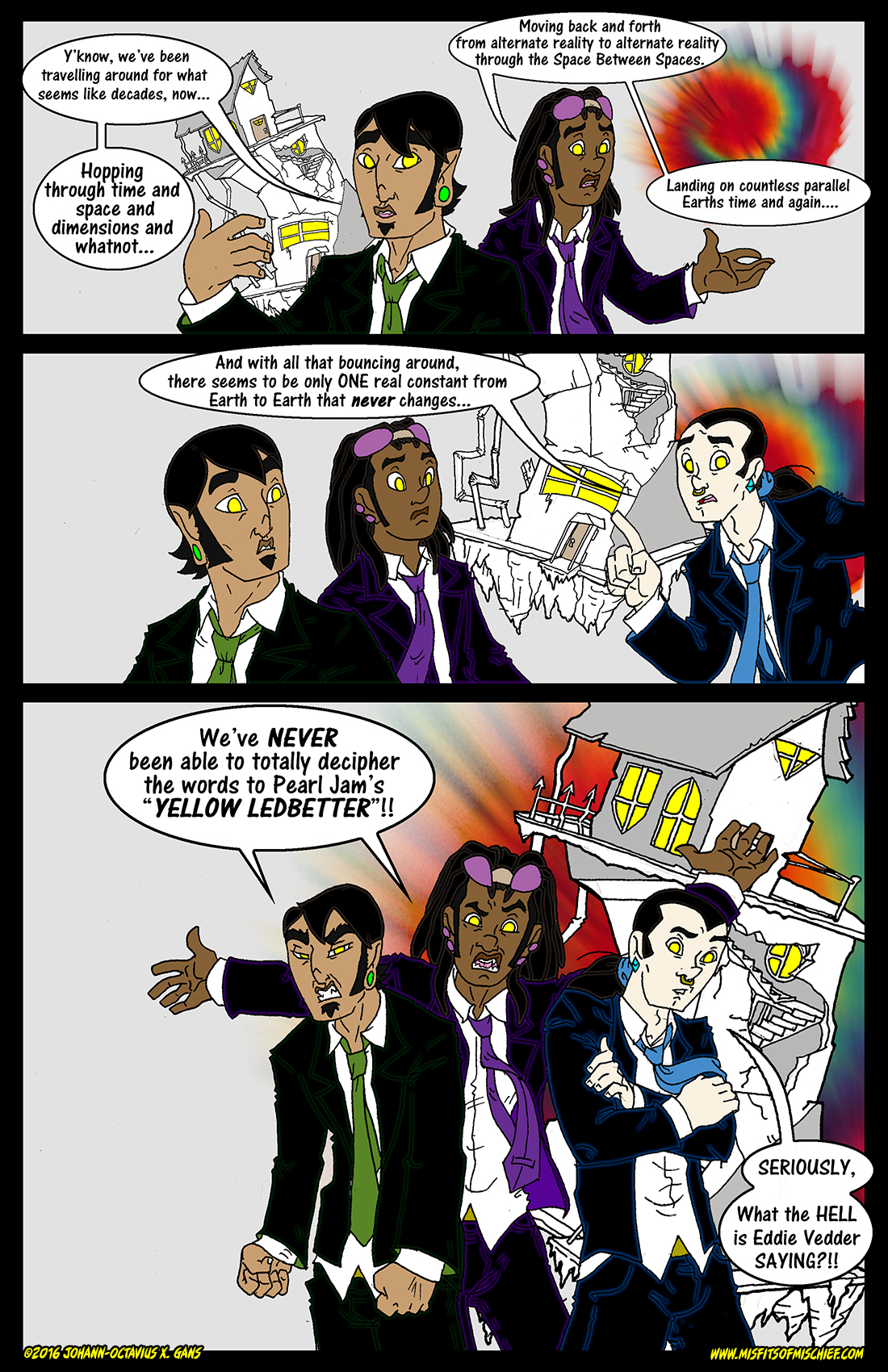 Xailenrath 26th Oct 2016, 6:30 PM
Seriously…
I’ve been listening to that song for almost a quarter century, and I probably only know 24 words! The boys express my vexation.
I know that I could just look up the lyrics online, but, A) those lyric banks are often wrong. I have checked some songs against the lyrics printed in the liner notes that came with the music (remember when those were a thing, kids?) and they were wrong. I don’t trust them.
and, B) Sometimes, I LIKE not knowing what the hell the singer is saying. It’s fun! Case in point: Yellow Ledbetter. I just like Vedder’s voice. I don’t really have to know every single word to the song he’s singing.
=====================================
Want more Misfits of Mischief? Check out Shelterville Shuffle right here on Comic Fury!
edit delete
User comments: