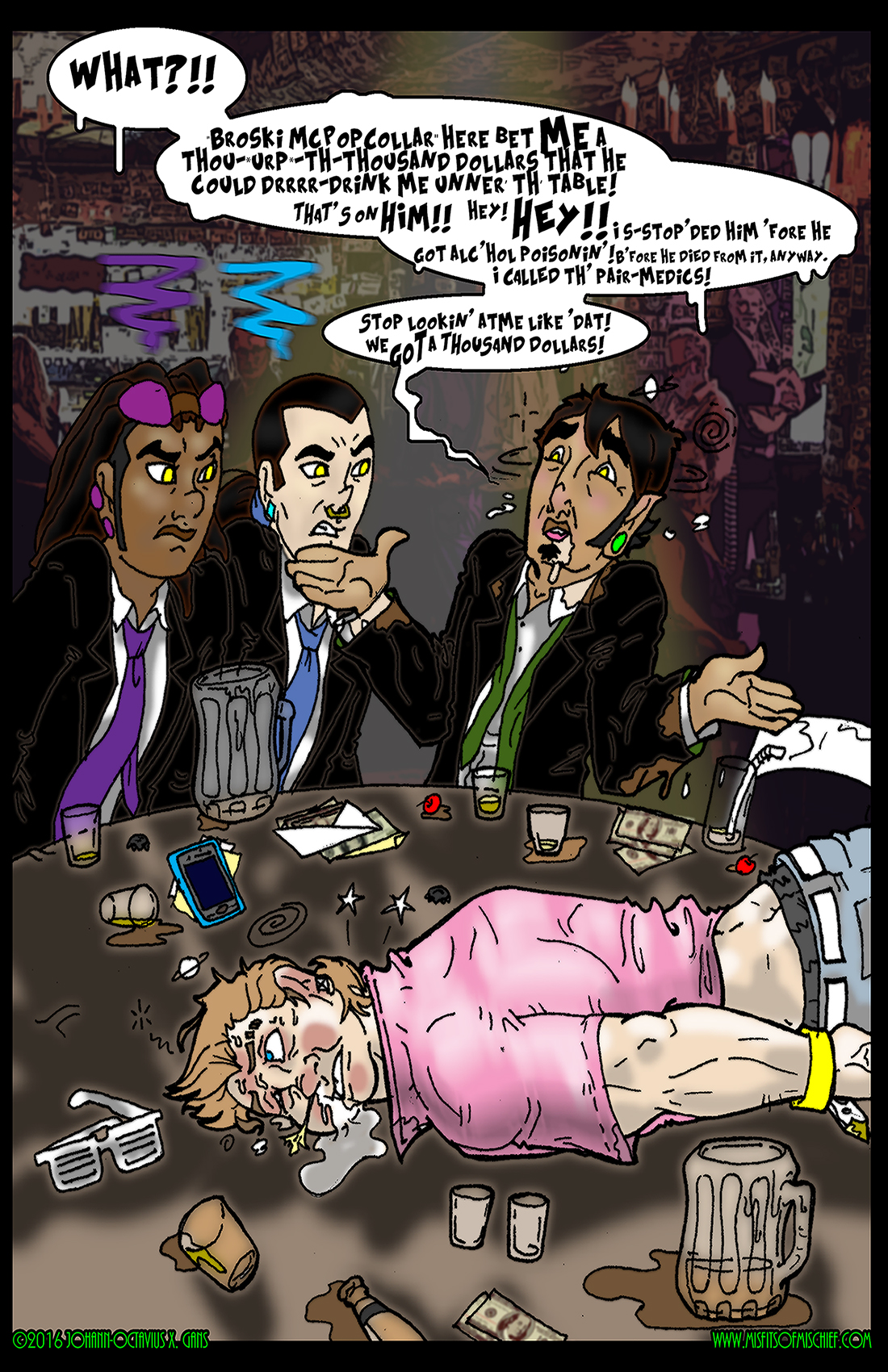 Xailenrath 28th Nov 2016, 4:35 PM
Never challenge a demigod to a drinking contest, kids! The only reason that Monroe was affected at all is that he's half human. I mean, he's on a first-name basis with both Bacchus AND Dionysus!
He'll be stone sober in about 2 hours, and the hangover will only last about 30 minutes or so.
Quinn and Bjorn are disappointed in him. Not for almost killing that poor idiot frat boy, so much as drinking without them! (and almost killing that poor idiot frat boy.)
But hey... a thousand dollars is a thousand dollars no matter WHAT Earth you're on!
edit delete